In the first half of the 18th century, it was on the territory of Eastern Europe that a new religious direction of Judaism arose – Hasidism (from Hebrew Hasidut “righteousness”). This mystical movement pointed to the importance of personal righteousness before God, as well as living faith and personal religious feeling, in contrast to the concentration on the study of texts, characteristic of the rabbinic environment of that era.

In the second half of the same 18th century, a separate trend appeared within Hasidism – Chabad, or Chabad Hasidism. The name of the movement is an acronym for the Hebrew words chochmá – “wisdom”, Bina – “understanding”, Daat – “knowledge”. These concepts denote the most important virtues in this Jewish denomination. These categories indicate an attempt to emphasize the intellectual component of spiritual life, thus correcting the teachings of classical Hasidism.

Since its inception, Hasidism has met with active criticism and even persecution from a number of respected traditionalists, the most famous of which was Eliyahu ben Shlomo Zalman – the “Vilna Gaon” (1720-1797), who denounced the Hasidim as unthinking, considered them sectarians and called on Orthodox Jews by all forces to prevent the spread of this new teaching.

Eliyahu ben Shlomo Zalman had a great influence on the formation of the system of religious Jewish education, in connection with which he is considered to be one of the founders of modern Orthodox Judaism. In addition, he expressed his intention to move to his historical homeland and spoke out for the repatriation of Jews, in connection with which he became one of the forerunners of religious Zionism (the movement to establish the national state of Israel in its historical territories). 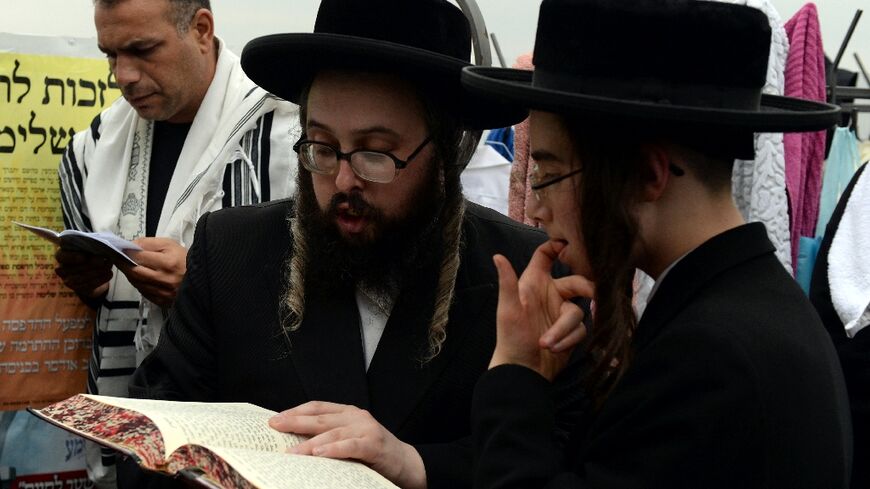 His followers moved en masse to Israel, making up a significant part of the Jewish population of Jerusalem. The Vilna Gaon became the founder of such an influential branch of Judaism today as mitnagdim (from the Hebrew letters, “opponents”). This name was given to the followers of Eliyahu by the Hasidim. At present, this movement is also called Litvaks – after the place of residence of its spiritual leader and founder.

In the 19th century, among Jews (primarily European), the idea of ​​the need to return to the land of the fathers – to Eretz Israel (lit. “Land of Israel”), to the historical territories where the Jewish people lived in antiquity, becomes widespread.

However, among the supporters of this idea there was no unity regarding the methods of achieving this goal. In the middle of the 19th century, public organizations began to be created, which set as their goal the settlement of Palestine by Jewish repatriates.

In 1862, Rabbi Zvi Hirsch Kalisher (1775–1874) published the book Striving for Zion (Drishat Zion), which had a huge impact on religious Jewry in terms of promoting the idea of ​​returning to Eretz Israel. Kalisher saw the resettlement of Jews in their historical homeland as the beginning of the fulfillment of the prophecies about the triumph of Israel and the coming of the Messiah.

He was convinced that the eschatological triumph of the Jewish nation directly depends on human efforts, in response to which God will send His people final deliverance and dominion over other peoples.

In 1884, an organization was created to promote the resettlement of Jews in Eretz Israel, buy land there and develop national communities engaged in agriculture and handicrafts. In 1884, the movement received the name Hovevei Zion (literally, “loving Zion”).

Palestine at that time was part of the Ottoman Empire, and since 1922 was a British mandated territory. Accordingly, the emergence of an independent Jewish state here was completely impossible, therefore, this society did not set such a task at that time. However, it played an important role in preparing the consciousness of Jewish society for the perception of the idea of ​​returning fellow tribesmen to the land of their fathers.

The birth of Zionism The situation changed in the 90s of the XIX century, when in February 1896 Theodor Herzl’s book “The Jewish State” was published, in which the author spoke of the urgent need to create a national Jewish state, suggesting that Argentina and the lands of Palestine be considered as options.

This year has become a conditional milestone for the emergence of the political movement of Zionism. Herzl was not a religious person and perceived his movement in a completely secular way. However, Judaism could not remain indifferent to the question of the creation of a national state of the Jews. At the same time, Zionism failed to become a national ideology in the full sense of the word.

This, in particular, was hampered by the lack of confessional unity within Judaism, which does not exist to this day, which is manifested, among other things, in a different assessment of the very fact of the existence of the State of Israel.

In 1897, under the chairmanship of Theodor Herzl, the First Zionist Congress was held in Basel, announcing the emergence of Zionism as a political movement and the creation of the World Zionist Organization (Ha-Histadrut Ha-Zionite).

One of the most prominent rabbis who supported Zionism and offered its religious interpretation was Avraham Yitzhak HaKochen Kook (1865–1935). He believed that humanity is progressing in its development (moreover, he accepted the evolutionary theory, seeing in it the action of Divine forces).

In addition, Cook believed that the key role in this process of universal progress towards perfection was destined, according to the Creator’s plan, to play the Jewish people. However, the people of Israel are capable of being the leader of universal human progress only by working on their land, providentially given to them by God.

It was Zionism that became the ideological content of aliya “(from the Hebrew letters. “ascent”, “rise”) – the exodus of Jews from the countries of their current residence and settlement in Eretz-Israel.